The Luminara of Pisa 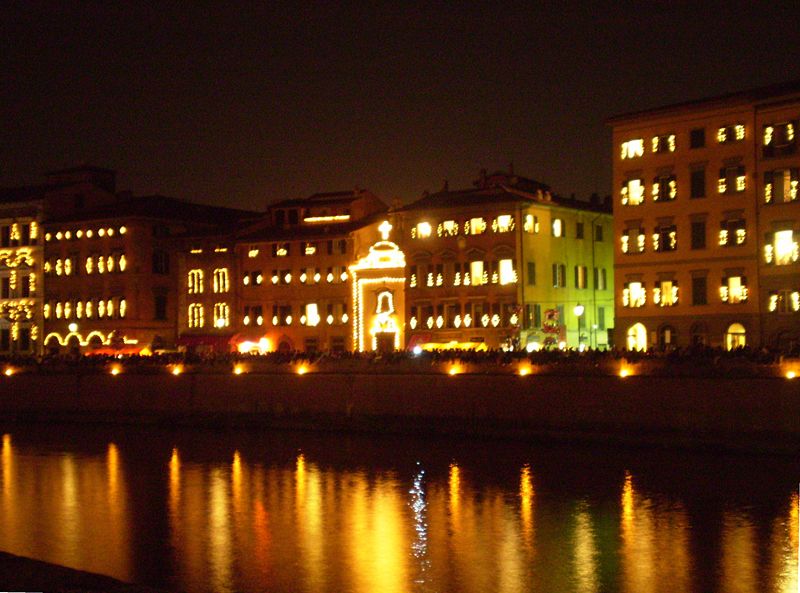 Every year in Tuscany during the night of June 16th the most famous celebration of the city takes place in Pisa: "La Luminara" dedicated to the patron saint of the city who is Saint Ranieri.
The Luminara of Pisa tradition has ancient roots linked by the cult of the patron saint.
In fact, it most likely derives from the processions of lights in honor of the Virgin Mary to whom the Pisans have always been very devoted, so much so that the Cathedral that takes the name of Cathedral of Santa Maria is dedicated to it.

The first official date of Luminara is March 25, 1688 when the urn containing the body of Ranieri degli Scaccieri, patron of the city, who died in 1161, was solemnly placed in the chapel of the Cathedral of Pisa, entitled to the Crowned, died in 1161.
Cosimo III dei Medici had wanted the ancient urn containing the relic to be replaced with a more modern and sumptuous one. The transfer of the urn was the occasion for a memorable city festival during which the city was lit by candles to allow the procession to pass: hence the name "Illumination", which later became "Luminara".
Come and see Pisa's Luminaria personally, also the leaning tower of Pisa will be light on in that night!
Book this tour with us!
Back to List        Print